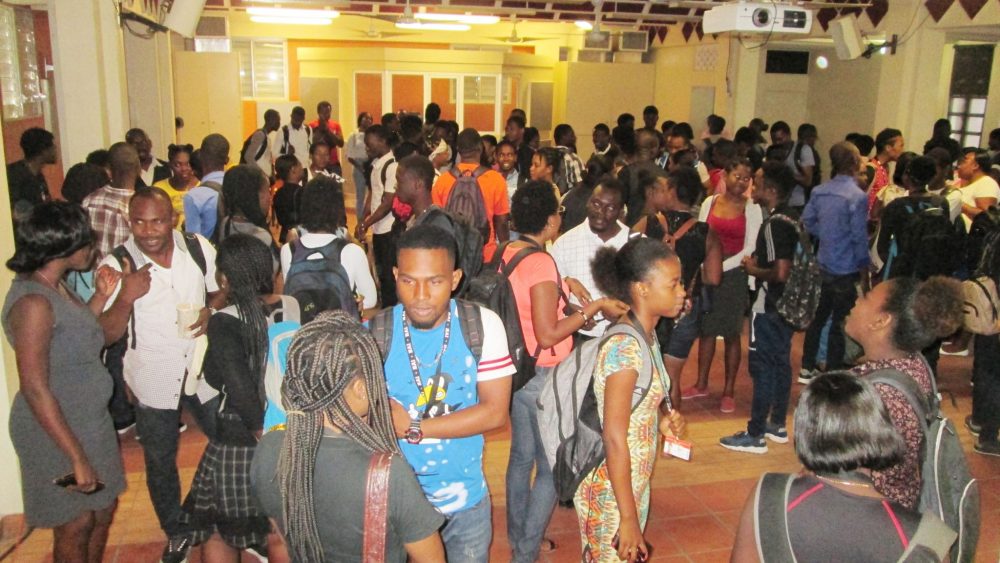 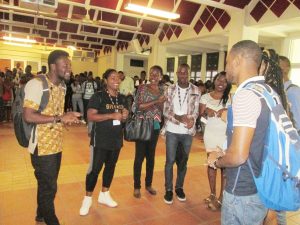 Student interactions in the Auditorium

At the end of the session, the Academic Department organizes several rounds of Practice Sessions for the students at the HAI. These meetings or sessions also serve as a platform for the students to get to know one another and to make new friends, in addition to serving as a platform for them to practice English in a setting other than their classrooms.

The Beginning students have their sessions in the auditorium, which has a capacity to accommodate 150-plus students who can move about to have dialogues with one another.

And for the first time this March, practice sessions were also organized for the Intermediate and Advanced students.  Mr. Lafosse was the main presenter. He prepared several video segments related to some women’s issues such as sexual harassment, gender-based violence, gender equality, etc… He was helped by several teachers, especially female teachers who voiced their opinions freely. He went on to serve as a moderator when there was debate and discussion about each of the five video segments that were played in the Grand Hall. All in all, the first practice session for the Intermediate and Advanced students was a success. Everybody contributed to that: Mr. Maisonneuve (for the technical part), Mr. Lafosse (prepared the video segments for discussion and moderated), the teachers (they jumped in when they had comments), and the students (who expressed themselves freely on all the topics). 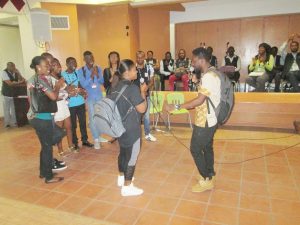 On the spot on the mic! 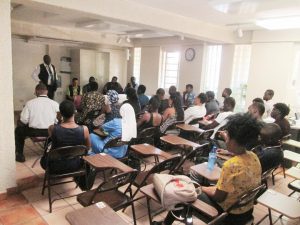 Practice session in the Grand Hall