Message from the President

Patricia Tanner Convery has been involved with the Haitian-American Institute since the 1970s.  First as a teacher introducing a new course in Business English to being nominated as a member of the Board of Directors to being unanimously voted President of the Board.

Under her leadership, Mrs. Convery has taken the role of adviser, planner, builder, and visionary.  Many aspects of today’s HAI simply would not exist were it not for Mrs. Convery’s dedication and effort:  the new campus buildings…the computer lab…the auditorium…the Eleanor Snare Bookstore and D-Licious Snack Bar…the list goes on.  And on.

There is a distinct possibility that the HAI as we know and love it might not even exist were it not for Mrs. Convery’s diligent oversight and involvement.  After the January 12, 2010 earthquake, the Institute faced a shaky future.  Mrs. Convery took the reigns and guided the Institute to where it needs to be–a vibrant, organic, and stable learning institution.

Mrs. Convery is, quite simply, a great activity lion!  We are all grateful the HAI is in her capable hands.

INTERVIEW WITH THE PRESIDENT OF THE BOARD ON HAITI JOURNAL

On June 11, 2015, Mrs. Patricia Tanner Convery was interviewed by Haitian television personality Farah Larrieux at the WPBT North Miami studios for the June segment of Haiti Journal. In the interview, Mrs. Convery had much to say about the importance of learning English as a second language, specifically at the Haitian-American Institute, as well as the general theme of “opportunity”.

The entire interview may be accesssed anytime by clicking on the image to the right. 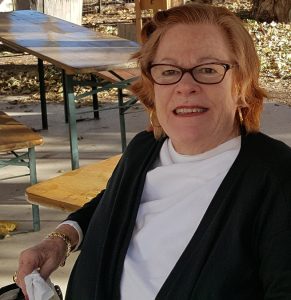 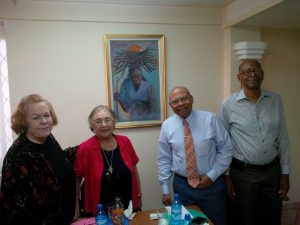